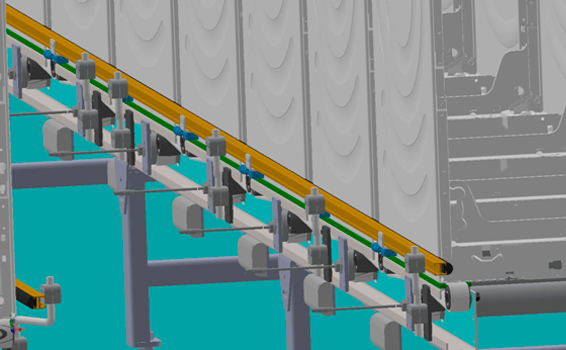 As the frame has not regular base is mandatory to transport them by means of narrow belts (neither the rollers nor the belts are feasible). MONTRA is developing the customized conveyor which will give the maximum capacity of accumulation. Project is developed in turnkey basis.